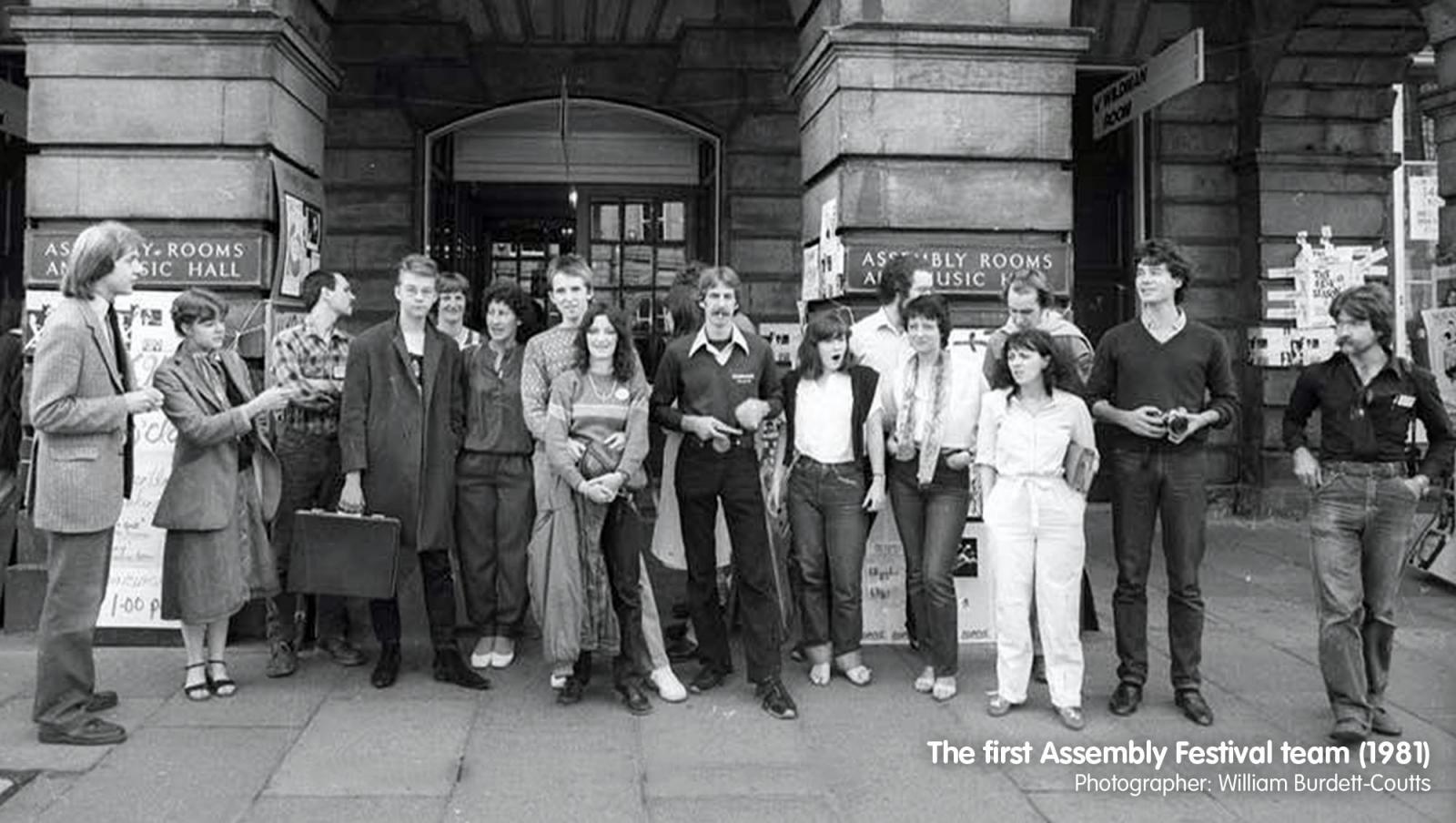 Assembly was born in 1981 when our founder and artistic director William Burdett-Coutts took on the iconic Assembly Rooms to host several shows at the Fringe.

This concept of a curated hub, or festival within a festival, proved a hit and set the mould for countless others
to follow, propelling the Fringe to become the world-renowned event it is today.

In the intervening four decades, we’ve spread our wings across Edinburgh. Today we operate across five locations, including our eponymous first home, the Assembly Rooms, and our year-round performance space Assembly Roxy.

In 2011, we opened our Assembly George Square Gardens hub for the first time, which has become one of the go-to social and performance hubs at the heart of the Fringe.

Described as one of the most prestigious production companies at the Fringe and as the ‘powerhouse of
the Fringe’ (Edinburgh Evening News), the Assembly Festival operation is three times the size of the Edinburgh International Festival and plays to an audience the equivalent size of the BBC Proms each summer.

In 2019 Assembly presented 236 shows, welcoming over a million visitors to our 26 performance spaces, bars and concession stalls.

We are proud of our distinguished alumni with an impressive list of now household names having launched their careers on an Assembly stage, including Eddie Izzard, Jo Brand, Bill Bailey, Sandi Toksvig, to name a few.

After a pandemic enforced hiatus in 2020 and a triumphant return in 2021, we look forward to celebrating our 40th anniversary in 2022! 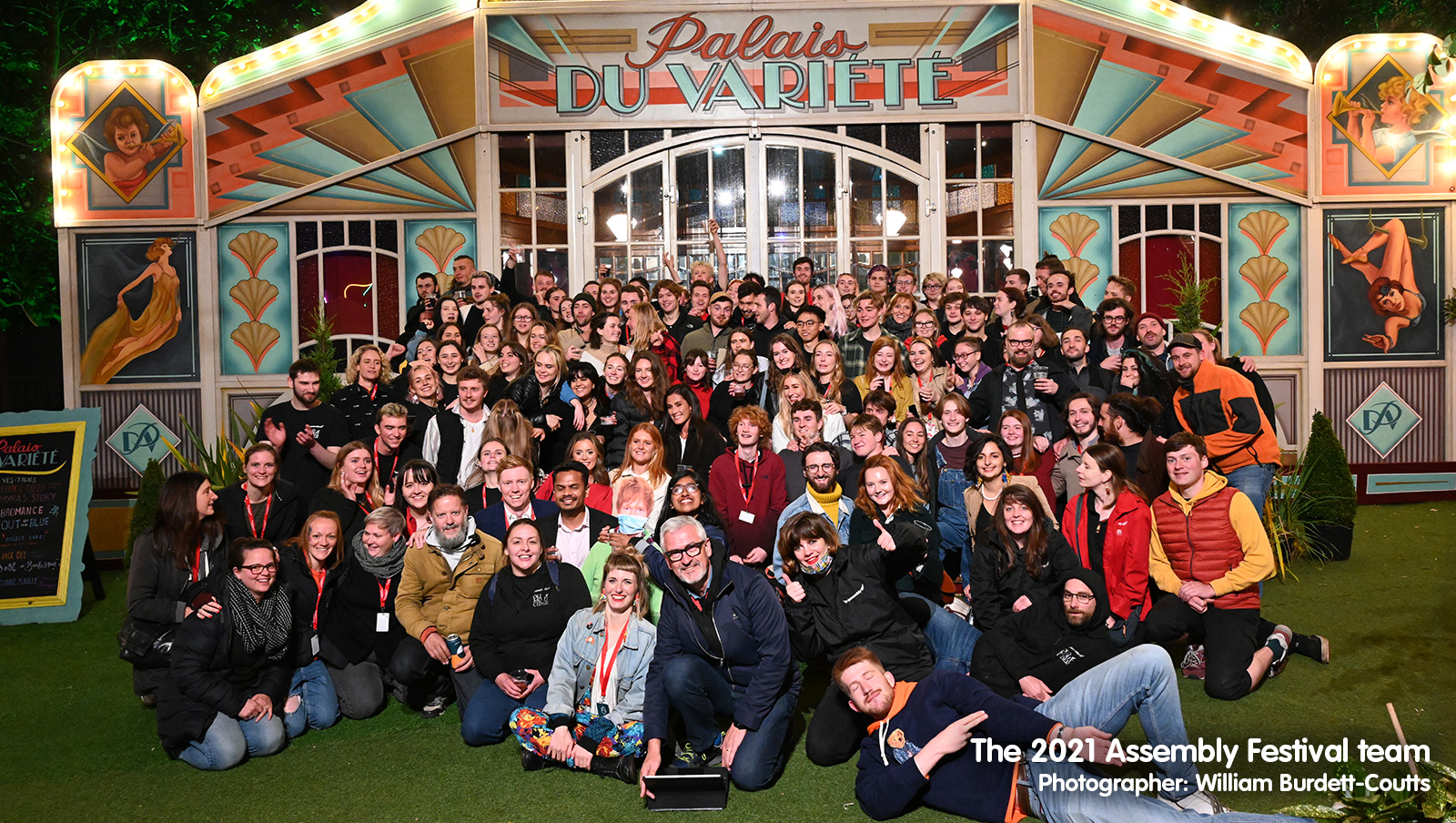