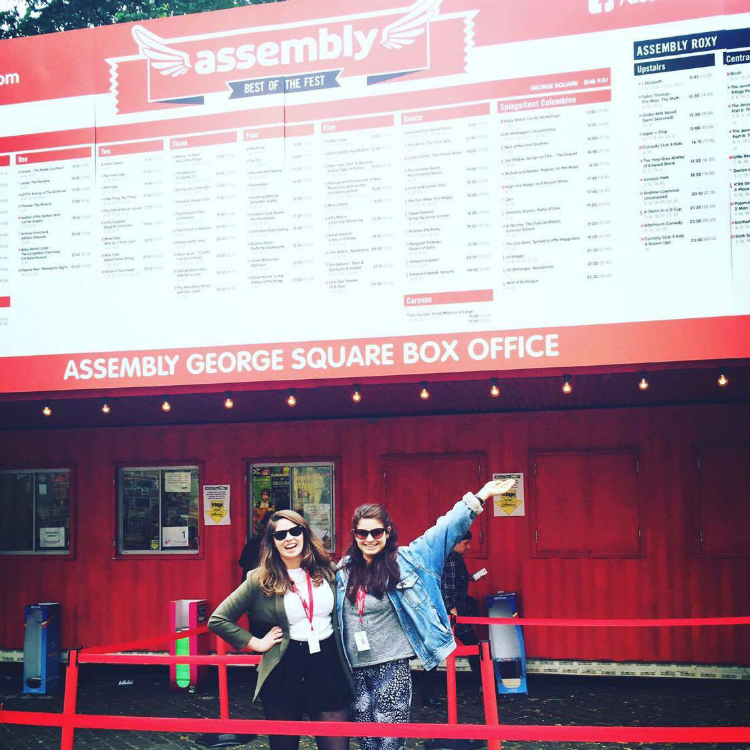 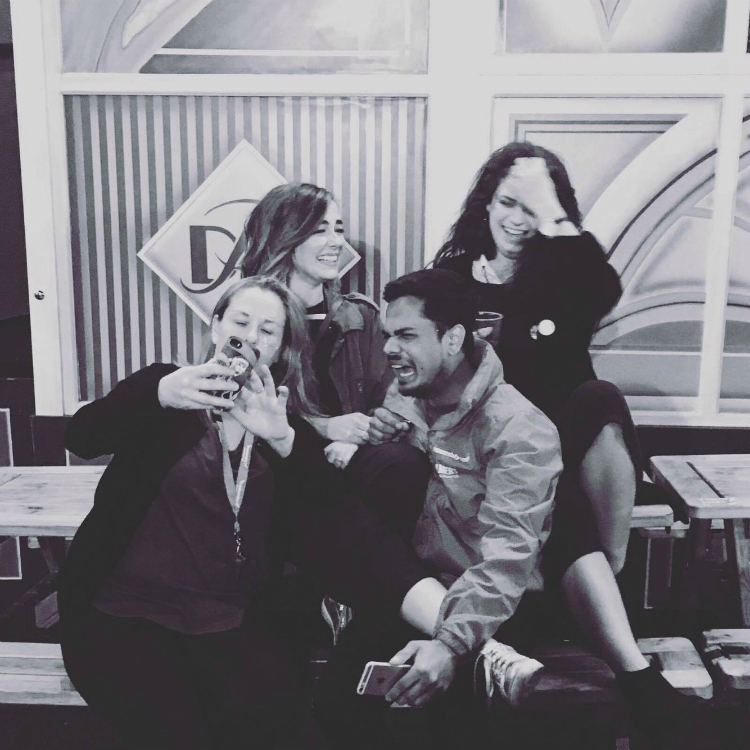 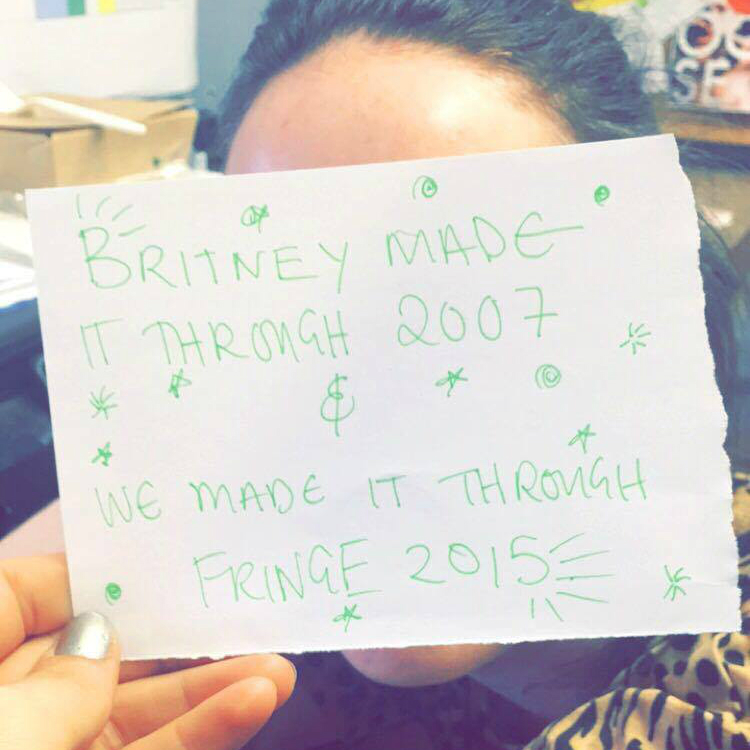 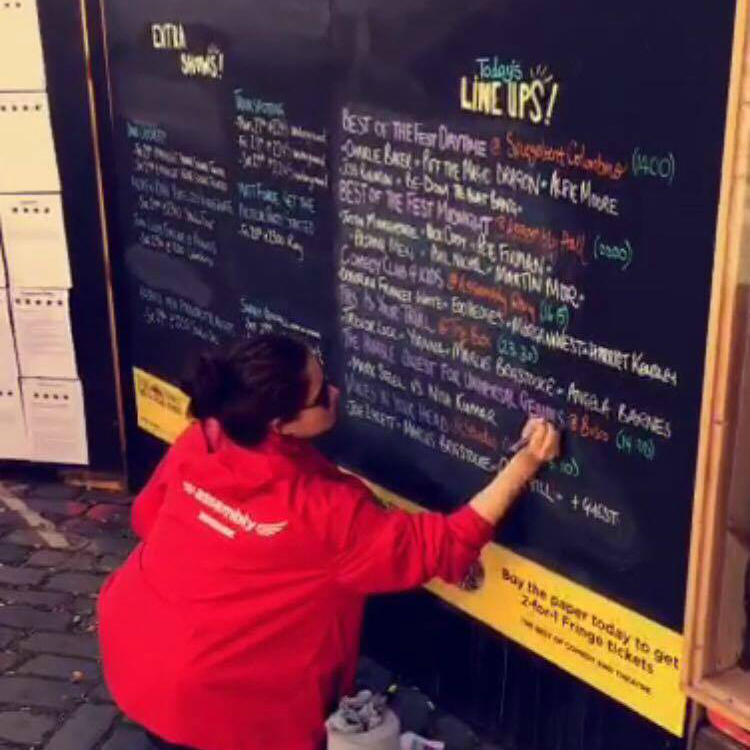 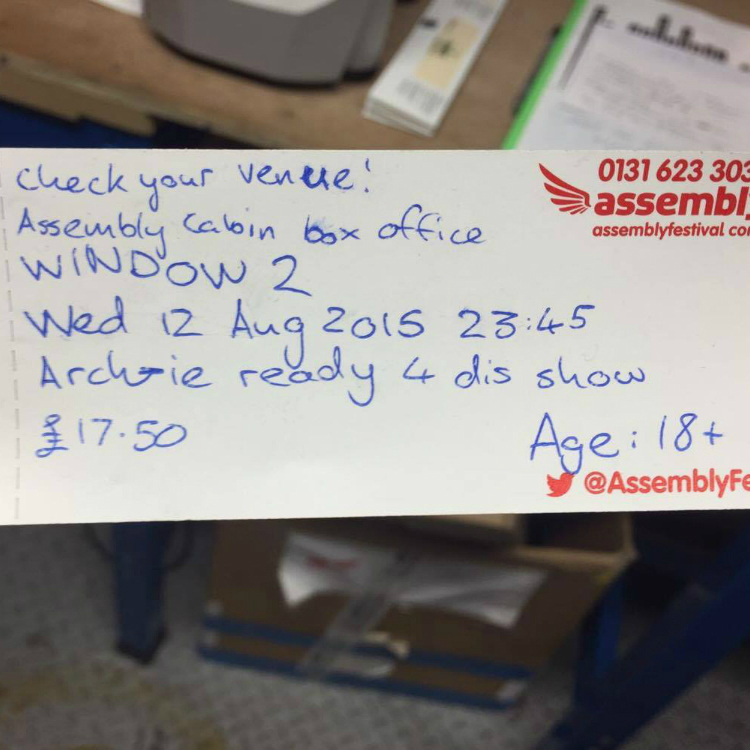 Six years ago I sat down in George Square Box office for the first time, I was just starting a summer job at the Fringe as most university students do. So it honestly baffles me how in 2017 I somehow ended up being the voice of Assembly Festival.

As you get comfortable in your seat, waiting for your show to begin this year, you will hear me welcoming you to Assembly Festival before the comedy, cabaret, circus (or what ever fabulous thing in between) kicks off! I was pretty buzzing/nervous/all of the above to be asked to record the pre-show announcement one rather regular day in the office last week.

If someone had told me, as I started in box office in 2012 that I would not only be one of the managers six years later, but I would actually be the voice… I would laughed right in their face. But as I look back over the years, a job that has gone from assistant, to supervisor, to manager, working overseas in Australia and Prague working at various arts festivals – it’s a bit of a no brainer as to how I always end back at Assembly year after year.

Rain, hail, or shine (but most probably rain because come on, it's Edinburgh) we will be in our metal shipping container with a smile and lots of layers on.

Working in the Box Office is actually very rewarding, especially when customers come back and tell you a recommendation you gave was the best show they’ve seen. We become experts at answering ‘What’s good?” and “What’s funny?”. It isn’t hard with over 200 shows at Assembly Festival to choose from but it can be difficult when you consider a fringe show can be like marmite. 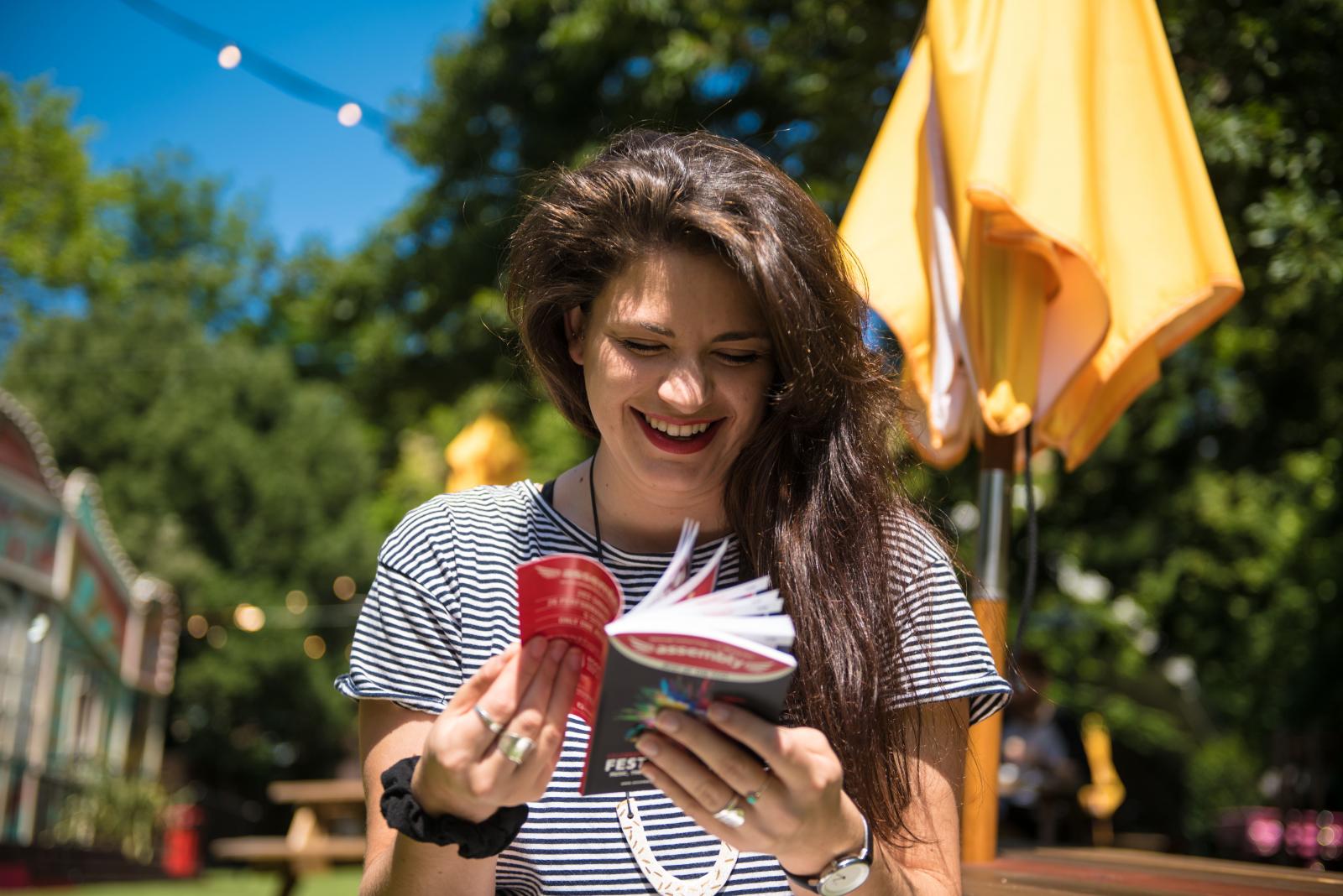 Everything’s subjective but take a chance! Go off a recommendation or if you are feeling adventurous pick something you wouldn’t normally go for – I LOVE a weird cabaret performance with plenty audience interaction. A variety show is perfect for finding something you might not come across normally. Check out Supper Club in Assembly Checkpoint and prepare for the unexpected. Or head over to the Omnitorium and visit Boris and Sergey’s One Man Extravaganza, a pair of potty mouthed puppets.

It's not been all plain sailing over the past six years… I've managed to lock the keys of the Box Office INSIDE the morning of a sell out Saturday. I was having a breakdown as I imagined having to power saw into the container door to get back in. I'm still forever grateful to the site manager who hunted down the spare set (among dozens of keys) that I didn’t even know existed. NOT my finest moment.

Our recurring team motto is if, “Britney made it through 2007 we can make through Fringe”. Edinburgh grows by thousands, and we are often expected to answer any question thrown at us – box office related or not. I'm talking directions, food, cheapest pint in the city… you ask, we will know the answer (or at least Google it for you).

Holly’s Pick’s of the Fringe:

Juan Versuvias – I am your Deejay: I first saw the calypso comedy legend three years ago and witnessed how word of mouth and a good review made a sell out show.

Mies Julie – I missed this play first time around in 2012. I'm looking forward to this as I've seen Nirbhaya by the same director, Yael Farber, and was so utterly moved that it stayed with me for weeks.

Abandoman’s Rob Broderick The Musical in My Mind -I've been entertained by Rob in Edinburgh and Adelaide and I can’t wait to see this new show.

Holly has seen around 500 acts.

Holly has consumed a large unhealthy quantity of dumplings from the George Square Garden.

Assembly Festival box office has issued over 1,858,273 tickets… of which means I have probably said “How can I help you?” over 800 times (don't ask me how I worked that out).

I am absolutely honoured to be the voice of Assembly Festival’s 37th year of Fringe, so if you see me around please come up and say hi. See you there!